Some Say Performance Projections for Indexed Universal Life Are Too Rosy

A hot-selling life-insurance product is being scrutinized by regulators and challenged by industry leaders.

The recent flurry of activity serves as a reminder that consumers should take care to determine if complex policies fit their insurance needs.

The product, indexed universal life insurance, offers both a traditional death benefit and the potential for gains in a tax-deferred savings component, depending on the performance of a stock-market benchmark. Insurers cap the annual interest in exchange for protection against losses if the market drops. 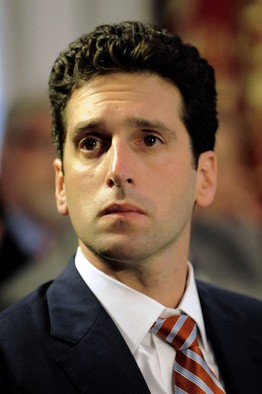 The product has gained popularity amid a bull market in stocks. Sales of indexed universal life rose 13% in the first half of the year compared with the year-ago period, by one measure of premium, according to Limra, an industry-funded research firm.

In contrast, overall sales of individual life insurance were flat to slightly down, as low interest rates have made other policies linked to bonds a tougher sell.

Mr. Lawsky is seeking information from 134 insurers that operate in the state to address concerns that some insurance companies may be giving buyers overly optimistic projections of potential gains, according to people familiar with the matter.

At the same time, the National Association of Insurance Commissioners is considering rules aimed at protecting consumers by placing restrictions on the projections insurers and their agents use in selling the policies. States often adopt versions of rules proposed by the group.

Pacific Life Insurance, a Newport Beach, Calif.-based firm that has been one of the largest sellers of indexed universal life for nearly a decade, is among the firms backing a proposal to the NAIC from the American Council of Life Insurers, a trade group. The proposal would help “educate consumers” about matters including “the potential variability of the returns,” the insurer said in a letter to the NAIC on the group’s website.

The ACLI wants insurers to be required to show would-be buyers three illustrations: a “worst case,” a better outcome with annual interest no higher than 10%, and a midpoint scenario, according to a separate letter sent to the NAIC. Many insurers show hypothetical interest of 8% a year, according to industry executives and advisers.

Executives worry that the industry could suffer if consumers don’t benefit as much as they expect to from the products, according to people familiar with the matter. The firms also sell products that compete with indexed universal life.

The insurers say the proposal would allow projections they consider too rosy. It “may result in misleading illustrations and ultimately lead to consumer disappointment regarding the performance of the product,” according to material submitted to the NAIC by MetLife and others.

For its part, the ACLI says insurers that have objected to its proposal are making “questionable assumptions,” according to its letter to the NAIC.

Indexed universal life is a type of “permanent” life insurance, which is designed to be in force until the insured person dies. The annual expense can grow substantially as that person ages, according to advisers.

Many families would be better off with so-called term life insurance, which pays a death benefit if the insured person dies within a certain time period, often 20 years, during which they want protection for minor children, for example. A substantial number of people who buy permanent-life policies end up canceling them in less than 10 years, industry figures show.

Indexed universal life policies are generally most likely to be a sensible choice for affluent buyers who need insurance and who have contributed the maximum allowed amount to other tax-deferred savings accounts, such as a 401(k).

Beware of pitches for all types of permanent life insurance that involve using the accumulated interest to pay some or all of the future annual cost of keeping a policy in force. If interest income falls short, you could be forced to find other funds to cover the costs.

Because of the risk that interest income could fall short, beware of pitches suggesting you could borrow from the policies to help fund retirement needs.

If you buy an indexed universal-life policy, your money won’t be invested directly in stocks. Instead, it becomes part of the insurers’ bond-heavy investment portfolio, and the link to stock-market performance typically comes from financial derivatives.

Wink’s Note: We recognize the inaccuracies of this article however, wanted to provide the perspective that is being portrayed in the media.

Originally Posted at The Wall Street Journal on September 26, 2014 by Leslie Scism.