“Thanks to the media for continuing to cover the problems at our schools. We need help!” ~ sjm

The mother of 12-year-old Alyssa Morgan told KCCI in an exclusive interview that Alyssa took her life after continuous bullying at Southeast Polk Junior High School.

Supporters held balloons and lit candles during Sunday’s vigil in memory of Alyssa and others who have committed suicide.

Parents and students of Southeast Polk schools attended the vigil and said bullying is a problem that needs to be better addressed by the school district.

“We’re basically just trying to get attention and awareness for this,” said 12-year-old Bradley Thompson.

“She was so happy and fun when she was around and always had like a really big smile. And she laughed a lot,” Bradley said.

Bradley’s mom, Mandie Thompson, is helping to lead the charge. She said more needs to be done. 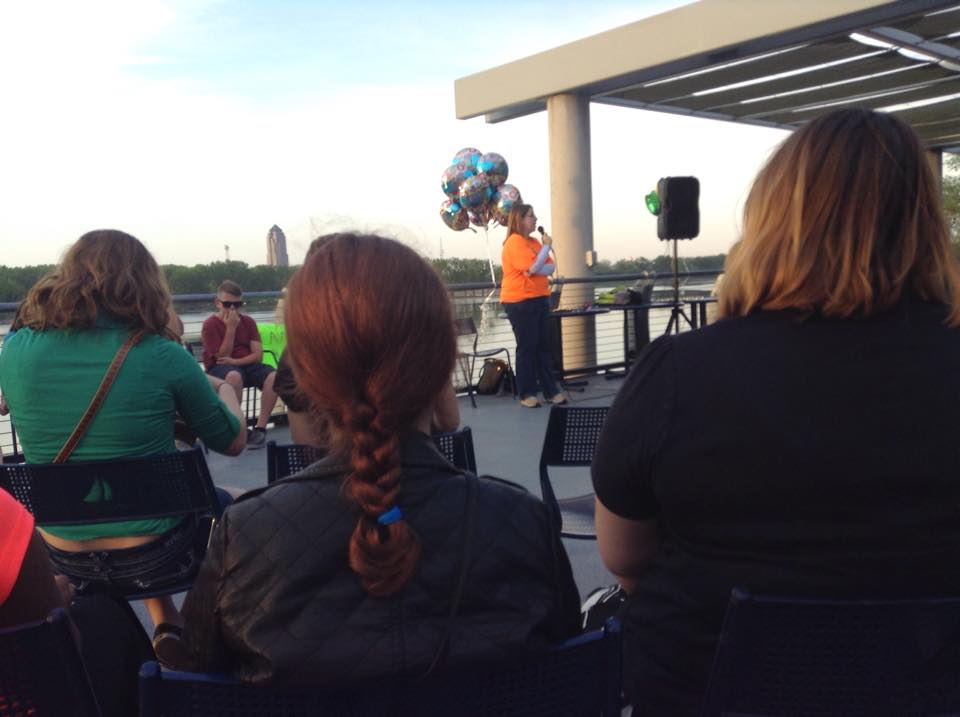 For other mothers like Sheryl Moore, Alyssa’s death is something she’s experienced first-hand.

“He got picked on a lot for not being white. He got called the ‘n word’ all the time at Southeast Polk,” Moore said.

Moore recounted her son’s story at Alyssa’s vigil. Audience members wiped away tears while she spoke.

“AJ was bullied for being gay at Southeast Polk. I don’t give a darn if people don’t agree with the fact he was gay. He was a human being and he had a right to live,” Moore said.

Moore said she can’t help but blame herself for Alyssa’s death.

“Maybe if I wouldn’t have kept my mouth shut after AJ died, Alyssa would still be here,” she said.

One of the biggest messages shared on Sunday was to tell someone if you feel suicidal.

A town hall meeting is scheduled Monday night to talk about suicide prevention.

Employee and Family Resources are teaming up with the Suicide Prevention Coalition to hold the event at Elks Lodge 98 in Pleasant Hill.

PLEASANT HILL, Iowa —A community is still in mourning after a Southeast Polk Junior High School student took her own life after her mom says she was bullied.

Officials at Employee and Family Resources, a prevention agency, planned the town hall meeting months ago because they feel suicide is a major problem in the community.

Coincidentally, the meeting fell right at the time many are still mourning the death of 12-year-old Alyssa Morgan.

Sheryl Moore was passionate as she spoke to few people and several empty chairs at Monday night’s meeting.

“It has changed my family in an irrefutable, horrible way,” Moore said.

One of the goals of Monday’s meeting was to discuss how to prevent such tragedies.

Some even shared personal stories.

Choat said his personal tragedy taught him you should always look for warning signs.

“Whether you want to admit them or not, there are warning signs out there,” Choat said.

Experts say warning signs include things like severe mood changes, isolation and binge drinking. They warned that severe drug and alcohol use has a strong correlation with suicide.

But most important, speakers at the meeting stressed simply talking about the issue. They said treating suicide like a taboo subject won’t prevent tragedies or save lives.

“I really hope that we can work together to change something about this. Suicide is a problem in this community,” Choat said.

If you know someone who is depressed, do not be afraid to ask them if they are considering suicide. Speakers at Monday’s meeting said that just asking the question can only help.

Categories: Moore on the Market
currency