Will Annuities Miss the Retirement Train? 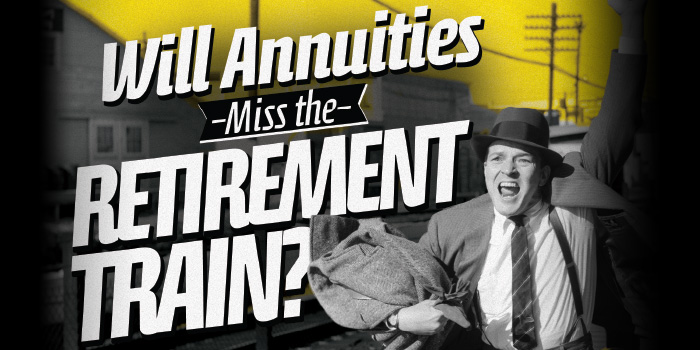 More Americans are taking charge of their retirement decisions, but fewer are choosing annuities when it comes to IRA rollover choices.

Updated research by the LIMRA Secure Retirement Institute shows that 80 percent of retirees opt to either leave their money in a defined contribution plan or roll it over to an IRA.

Just 8 percent choose to invest in an annuity, according to the 2012 data, the most recent year available. That is a drop from 11 percent shown in the 2009 data.

Conversely, the percentage of retirees taking a lump-sum payout rose from 7 to 8 percent over the same three years.

This data is significant in the bigger picture. According to LIMRA, the IRA rollover market is expected to grow to $550 billion by 2018, more than doubling the total 2009 market.

When these facts are taken together, the message to agents is very clear: Business potential is high if consumers receive the right annuity information. No sales gimmicks are needed, experts say, because annuities are the right product to address major retirement fears, such as outliving your money.

With Americans living longer than ever, the traditional save-and-withdraw method to retirement is no longer wise, said Jafor Iqbal, assistant vice president with the LIMRA Secure Retirement Institute. 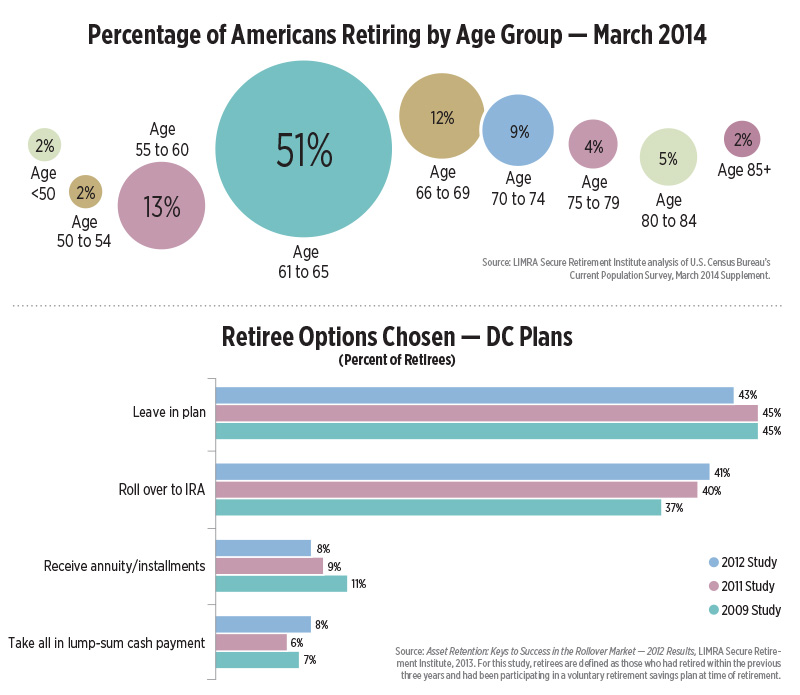 The popular 4 percent withdrawal model is not guaranteed to fully fund retirement, he explained. Instead, the way to best serve retirees and pre-retirees is to offer guaranteed income products.

“The systematic withdrawal plan as we know it does not address the retirement income crisis,” Iqbal said. “Annuities are the only investment product that can provide guaranteed lifetime income, as well as for the spouse’s lifetime”

The Retirement Income Reference Book provides a snapshot of how retirees and pre-retirees view their golden years, what they are doing with their money and, most importantly, where agents can offer service.

LIMRA researchers paint a clear picture of where opportunity exists for agents to connect retirees and pre-retirees with annuities. 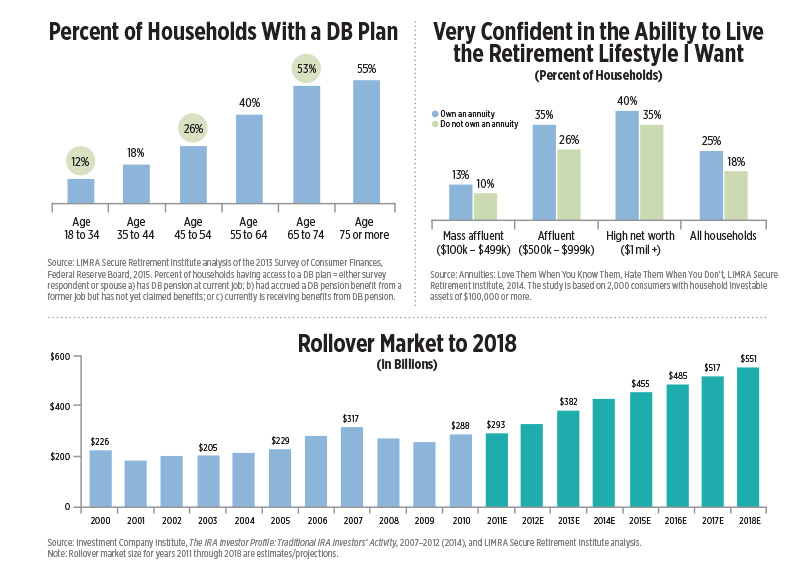 Agents need to know this information from the LIMRA study:

Clearly, education is key to helping consumers recognize that annuities let them reach exactly what they say are their most important retirement goals.

“Engaging investors for retirement should start long before the investors retire, with guidance in planning for savings and income,” the LIMRA report advises.

Sadly, many people don’t know much about these critical issues, even though they think they know enough.

“The average American does not have very high literacy when it comes to retirement planning,” said Jamie Hopkins, co-director of The American College New York Life Center for Retirement Income. “They don’t understand the basics of annuities and the basics of insurance products and how long money will last in a portfolio.

“They really don’t understand those things, but they think they do, which is really a worst-case scenario.” 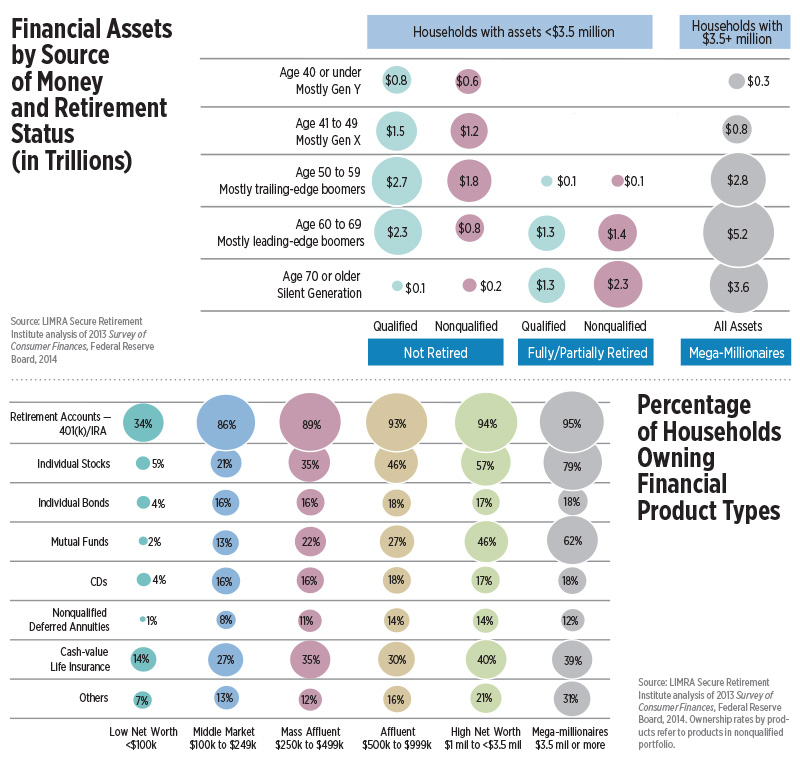 People are often overwhelmed with retirement decisions. When it comes to people’s nest egg, Hopkins said they often tend to cash out an IRA to maintain flexibility and control over their money.

Education from a trusted agent can help, he said.

“When people get more education about annuities, insurance and other financial products, you see more of a willingness to incorporate them into a retirement income plan,” Hopkins said.

“Annuities can be incredibly valuable as a way to build retirement income, but you need to know how the specific annuity you are purchasing fits into your overall plan and situation.”

There are encouraging signs within the LIMRA data. For example, a 2014 survey found a 24 percent year-over-year increase in the number of employees opting to participate in an in-plan annuity. In-plan annuities are likely accompanied by some education offered to participants by the employer.

But the reality is that only a fraction of 401(k) plans offer any kind of option to take a lifetime income option, LIMRA pointed out.

Health care is the ailing elephant in the room. Costs could be a little or a lot. The unknowns combined with complexities and a dizzying array of choices are leaving many retirees unprepared for health care costs, LIMRA concluded. 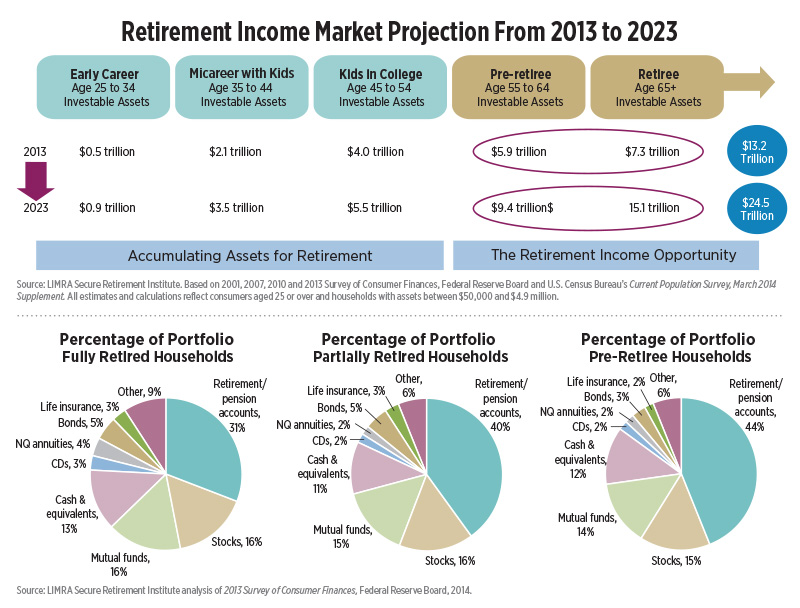 Medical care inflation is rising at nearly twice the rate of other goods and services. This is especially detrimental for seniors, many of whom live on a fixed income.

Seniors’ medical care expenses constituted 11 percent of their total expenditures in 2011, LIMRA found — roughly double that of all other consumers.

The Employee Benefits Research Council found that male retirees need an average of $68,000 for retirement health care, while females need about $90,000.

Agents “need to understand how to plan for health care costs, including Medicare, and be able to offer clients products such as long-term care insurance,” LIMRA concluded.

Since health care costs are such a high priority for consumers, it is “a natural conversation starter” for agents, the report added.

The bad news? Uncertainty abounds with regard to the Department of Labor’s fiduciary rule, expected to be published by May 1.

While offering in-plan annuities is helping boost annuity awareness, the DOL proposal is threatening those efforts.

Education is a major concern for industry observers. The DOL carved out an exemption designed in theory to preserve Americans’ access to needed education. Critics say the rule will do the opposite.

Under the DOL plan, a one-time meeting between an agent and a plan or participants would trigger fiduciary status. Currently, agents must be providing “ongoing” advice in order to be held to the higher standard.

The DOL rule would consider any communication that could be “reasonably” viewed as a “suggestion” that a participant move in or out of an investment as “fiduciary” advice, according to a guidance authored by Drinker, Biddle & Reath.

“Under this standard, many common sales and investment education practices would constitute fiduciary advice,” wrote Fred Reish and Brad Campbell, who co-authored the piece.

Reish is a lawyer and longtime expert on ERISA law, while Campbell is former assistant labor secretary and chief of the Employee Benefits Security Administration.

Meanwhile, the impact on annuity products is under review as well. Reportedly, the DOL is considering regulating fixed index annuities under the newly created “Best Interest Contract” exemption.

The BIC would require a signed contract with the client, as well as disclosures on the product and any compensation received. Variable annuities are already regulated as securities and are covered under the DOL’s new BIC exemption. If fixed index annuities are added as well, it will only add to the difficulties agents face in trying to sell annuities.

Ever since the DOL released the fiduciary rule in April, industry officials have speculated on the impact it will have on 401(k)s and the massive IRA rollover market.

By 2023, baby boomer retirees and pre-retirees will have nearly $25 trillion in investable assets, LIMRA reported — or roughly double the amount in 2013.

What it means for agents is a market that needs servicing for decades to come.

“Retirement is one of the biggest milestones for investors,” the LIMRA report said. “Engaging investors for retirement should start long before the investors retire, with guidance in planning for savings and income.”

Retirement funds are divided between IRAs and defined contribution plans.

As it stands, IRAs account for $7.4 trillion, while DC plans hold another $6.8 trillion, according to the Investment Company Institute. 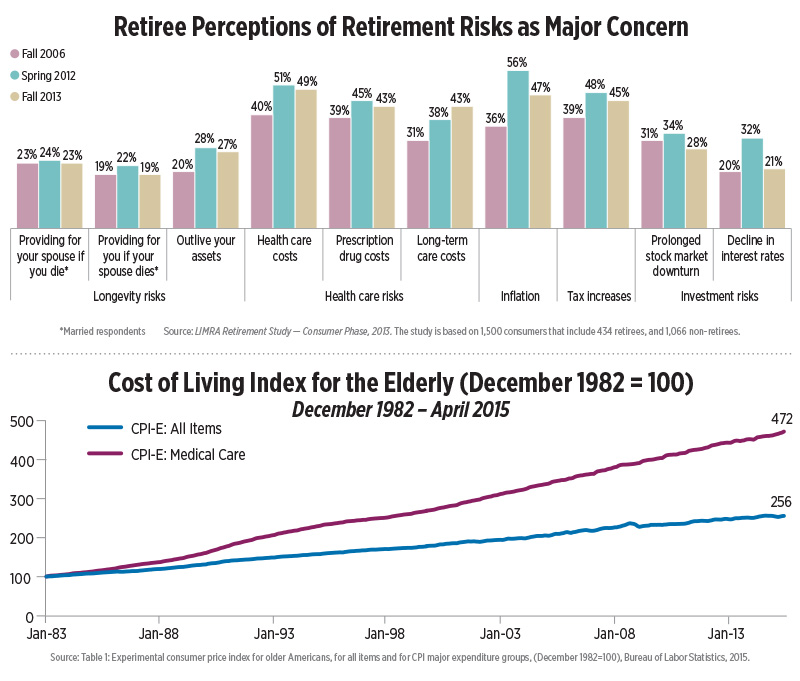 “This will be a very crowded area soon for advice and — I guess — opportunity, too, so almost everyone is getting into this market, if they’re not already in there,” Hopkins said.

That crowded area includes everyone from RIAs and mutual fund companies to brokerage firms and others. Advisors have been joining the defined contribution space in hefty numbers since the 2008 economic downturn.

The number of advisors being paid for services provided to a DC plan increased from 150,000 in 2008 to about 250,000 today, according to figures from The Retirement Advisor University.

The report suggests insurers look to build “alliances with other institutions” to get a better foothold on the rollover market.

Insurance companies would do well to strategize to capture nonqualified assets as well as qualified dollars, LIMRA concluded. Full or partially retired households with assets of less than $3.5 million who are 70 or older have a combined $2.3 trillion in nonqualified assets, LIMRA reported, nearly double what they have in qualified assets.

“Insurance companies lag behind in capturing nonqualified assets,” LIMRA said. “With education and tools, many of the clients may be more likely to use insurance and income annuities to maximize wealth transfer.”

A significant amount of qualified money ($3.6 trillion) is controlled by retirees and non-retirees ages 60 to 69. These households will need a plan for a tax-efficient withdrawal strategy to handle required minimum distributions (RMDs), required at age 70 1/2.

Qualifying longevity annuity contracts (QLACs) are a possibility for these households. Approved by the Obama administration in July 2014, QLAC rules permit owners to delay RMDs until as late as age 85.

Agents “need to establish themselves as essential to clients’ RMD planning,” LIMRA said, “and help them find efficient and easy ways to draw assets as well as satisfy the need for guaranteed income.”

Among other financial products, LIMRA found that cash-value life insurance remains a strong performer across all wealth segments. About 14 percent of households worth less than $100,000 own life policies, with that figure rising to 40 percent of high-net-worth households.

Retirement planning is changing quickly. Laws are changing, methods for saving are changing and attitudes are changing. This is all happening as the largest bubble of pre-retirees move into their golden years.

Agents need to learn as much as possible and be ready to handle the business of retirement planning, Hopkins said. Start simple and be thorough, he advised.

“You really do need to prioritize your clients’ goals,” he said. “Let’s figure out the most tax-efficient way for you to save, whether it’s in your 401(k), an IRA or a Roth IRA. Let’s take advantage of the tax breaks that are out there, and let’s get a plan in place.”

InsuranceNewsNet Senior Editor John Hilton has covered business and other beats in more than 20 years of daily journalism. John may be reached atjohn.hilton@innfeedback.com.

Originally Posted at Insurancenewsnet Magazine on February 2016 by John Hilton.