Annuity Rates: No Reason to Get Psyched Out: Reprint #AnnuityAwarenessMonth

Let me guess: you nor your agents haven’t sold fixed annuities for at least a decade. Am I right? Well, give me a minute. I am going to challenge you about why we all should probably keep that arrow in our quivers.

It doesn’t take a rocket scientist to figure out why fixed annuities aren’t selling today. Gone are the double-digit credited rates that were available on the products at the turn of the century. Rates have continued to dive over the past decade alone.

Click HERE to read the original article via NAILBA. 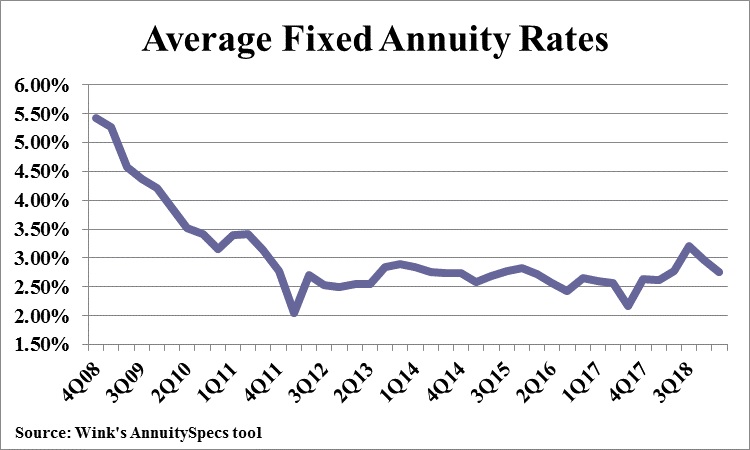 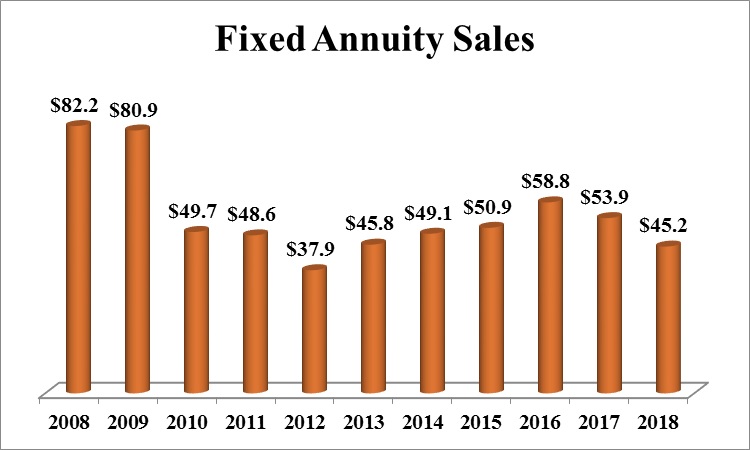 It seems logical that in response to low fixed interest rates, many annuity sellers began taking a look at indexed annuities at the turn of the century. While the guaranteed minimum floors are 0.00% instead of 2.00%, the indexed annuity purchaser has an opportunity to earn limited interest based on the stock market’s performance. So, if the S&P 500 goes up, the purchaser may earn as much [9.00%]. If the market declines, the annuitant is guaranteed interest of no less than 0.00%.

The indexed annuity story was a good, easy story for many agents and advisors…until the market collapsed in 2008. Low interest rates impacted not just fixed annuities, but indexed annuities as well. Gone were the days of [9.00%] caps, and agents began having difficulty justifying the indexed annuity sale as well. When I inform most salespeople that today’s average cap rate for annual point-to-point crediting methods on indexed annuities is 5.37%, the typical response is, “I can’t sell that!” *

“I remember when caps were 9.00%; I cannot offer my clients the potential for 5.37%! I remember when fixed annuities were crediting double-digit rates!”

Yes, that is true. Rates have declined. And dramatically so.

However, while most salespeople selling annuities have been doing this for a while: 10, 20, even 30 years- most annuity purchasers haven’t been shopping for the past decade, or two, or three.

While your guys/gals remember those fantastic rates, their clients don’t.

But what their clients likely DO remember is that when they last went through the drive-through at their bank, they saw certificates of deposit (CD) rates advertised as high as 1.10%. They likely recall getting a 1099, at the beginning of the year for their savings account, with a measly couple of dollars in interest earned (if that!). They probably don’t even remember when checking accounts credited interest. And don’t get me started on the rates being credited to other “safe money” instruments- Series EE savings bonds are crediting a paltry 0.10%!!

When it comes to fixed AND indexed annuities, the most important value proposition an agent/advisor can offer a prospect is guaranteed income that cannot be outlived. However, the second greatest attribute these products offer is their safety and minimum guarantees; purchasers can sleep soundly at night, not having to worry about losing principal due to market volatility. These annuity purchasers are more concerned about the return OF their money, than the return ON their money.

Given that, any rational consumer concerned about safety can see that the potential for gains with indexed annuities is uber-competitive with other fixed money instruments today. Heck- even fixed annuities are considerably more competitive than other “safe money” alternatives.

So, the next time you or your agents think “it can’t sell” at that low rate, remember the prospects haven’t been shopping annuity rates for 30 years.

*Don’t get me going on a discussion of “uncapped” indexed annuities; that is a whole different article! 🙂

Originally Posted on May 2019.