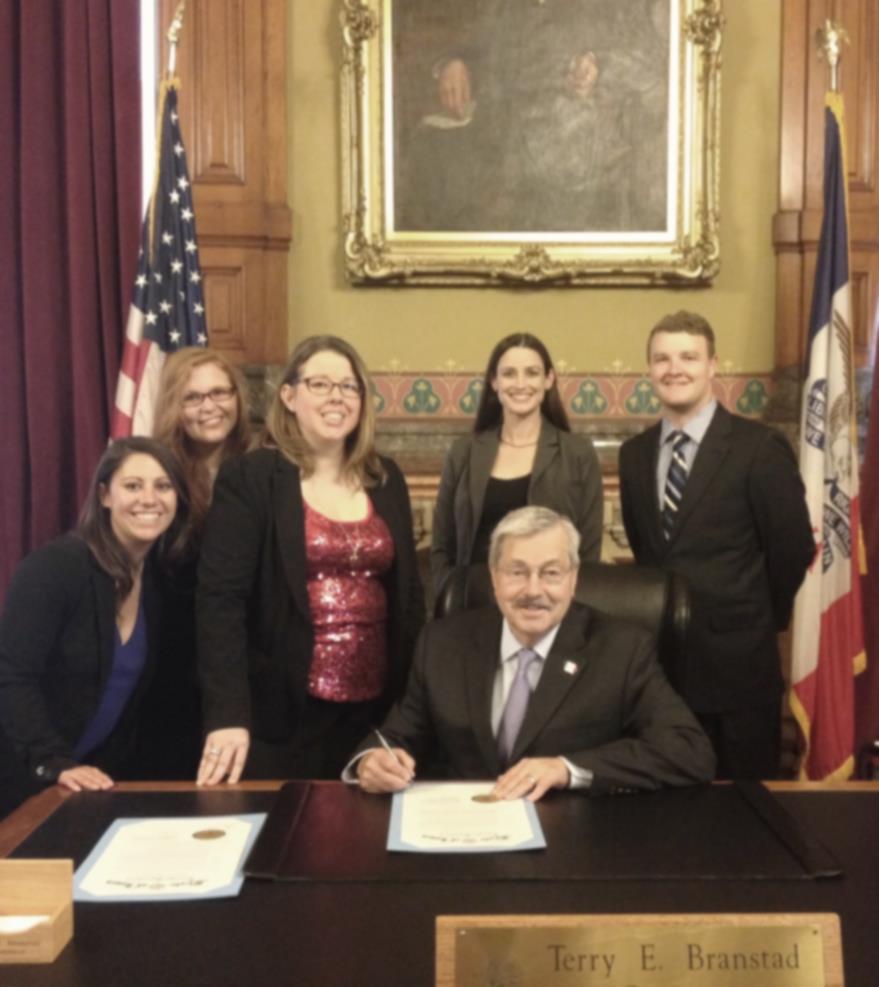 Ms. Moore was accompanied by her staff at Wink, Inc. during the proclamation ceremony. Wink is Moore’s company that distributes competitive intelligence tools such as the AnnuitySpecs analysis tool at www.LookToWink.com.

Ms. Moore stated in the proclamation request, “In today’s unpredictable economic environment, consumers face a burgeoning responsibility for taking control of their financial future. Market volatility, the demise of traditional pensions, the uncertainty of government assistance programs like Social Security and rising life expectancies are all part of a growing challenge Americans face in planning successfully for retirement. Despite the need for thorough preparation, studies from the Employee Benefit Research Institute indicate that nearly half of workers have less than $10,000 saved and only 18% of working Americans feel ‘very confident’ about having enough money to live comfortably throughout their retirement years.”

She went on to explain, “To help address these issues, an increasing number of individuals and families are turning to insurance products and, specifically, annuities. An annuity is the only product that allows individuals to accumulate retirement savings, fixed and indexed annuities protect those savings from market losses and annuities guarantee a paycheck that the purchaser can never outlive. According to LIMRA, annuity sales in 2014 rose 3 percent to $235.8 billion, representing a 3 percent increase year over year. As consumers look for protection from outliving their assets, demand for these products is likely to remain strong.”

Moore also pointed out that a number of prominent political figures – including President Obama, numerous members of Congress, and those appointed by the President to serve on the Middle Class Task Force – have shared their support for Americans using annuities as a strategy for accumulating tax-deferred savings while generating an income stream in retirement that lasts a lifetime. In fact, during a Senate Finance Committee hearing held May 21, 2014, Stephen C. Goss, chief actuary of the Social Security Administration, stated, “If workers desire to have lifetime retirement income of 70 to 80 percent of earnings during their career, or near retirement, then they need to save more and purchase more life annuities.” Additionally, these leaders point to the need for consumer access to tools and resources that can assist in the planning process while helping individuals achieve their long-term financial goals and secure their future.

For more information go to www.LooktoWink.com.

Ms. Moore previously worked as market research analyst for top carriers in the indexed life and annuity industries. Her views on the direction on the indexed market are frequently heard in seminars and quoted by industry trade journals. She may be reached at sjm@indexedrockstar.com.

Wink, Inc. is the company that distributes resources such as Wink’s Sales & Market Report along with the competitive intelligence tools AnnuitySpecs and LifeSpecs at www.LookToWink.com.

The staff of Wink, Inc. has combined experience of nearly four decades working with life insurance and annuity products. The firm provides services in speaking, competitive intelligence, research, training, product development, and marketing of annuities and life insurance. Their knowledge in product filing research and policy forms analysis, coupled with their unmatched resources in insurance distribution, give them the expertise to provide competitive intelligence that allows carriers to stay ahead of their competition.