February 12, 2016 by Reporting by Lisa Lambert; Editing by David Gregorio 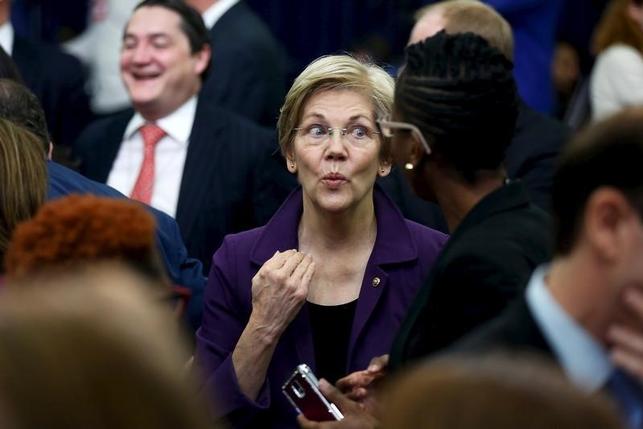 Two influential U.S. lawmakers on Thursday criticized the financial industry for saying in public that a new rule on retirement advice could have “dire consequences,” but then speaking optimistically about it with shareholders.

The proposed rule would create a “fiduciary standard,” meaning that brokers who give retirement must act in their clients’ best interest. The goal is to protect retirees from buying unnecessary products that line their brokers’ pockets.

In public, financial and insurance companies have warned the proposal could drive up costs and stop them from offering retirement services such as annuities to middle- and lower-income people.

“Some of these same companies are providing very different assessments to their own investors,” Senator Elizabeth Warren, a Massachusetts Democrat pushing for financial reform, and Representative Elijah Cummings, the most powerful Democrat on the House Oversight and Government Reform Committee, wrote in a letter to the White House and Labor Department.

Quoting from company earnings calls, the lawmakers said firms have given “a much more sanguine view of the impact of the rule, explaining that it will have few, if any, negative impacts on their financial advisers, their clients, or their bottom line, and may even create new business opportunities.”

Most of the insurers highlighted in the letter said their public warnings that the proposal could limit customers’ access to services did not contradict reassurances to investors that they could withstand regulatory changes.

“We have a business mix and business strategies that enable us to navigate that potential disruption better than most of our competitors, but that does not lessen our concerns about unintended consequences for American households,” said Scot Hoffman, a spokesman for Prudential Financial Inc.

A spokesman for Transamerica, Gregory Tucker, said the unit of Aegon NV “has been very consistent” in its view the rule would not be in customers’ best interests and would “deprive many middle-income Americans” of professional advice.

He added that Aegon CEO Alex Wynaendt, on an earnings call, “noted that its companies have managed to adjust to various market requirements.”

Lincoln Financial Group spokesman Michael Arcaro, said the company supported the standard but wanted variable annuities to continue to be regulated like other insurance products or that the rule address the difference between insurance products and mutual funds.

The company told shareholders it could have to sell other products that would not be affected by the rule.

“The products that Lincoln would pivot toward, however, may not provide the same flexibility and opportunity for growing income as variable annuities,” he said.

The fiduciary standard is part of the 2010 Dodd-Frank Wall Street reform law. Regulators have not yet turned it into an enforceable rule.

The Labor Department, which regulates retirement plan advice, withdrew its initial proposal in 2011 after widespread criticism. Last month it sent a new version to the White House’s Office of Management and Budget. The text will become public after that office finishes its review.

The House of Representatives is advancing legislation for an alternative. A corresponding bill was introduced in the Senate last week.

Originally Posted at Reuters on February 11, 2016 by Reporting by Lisa Lambert; Editing by David Gregorio.